Wow! What a week!
A little over a month ago, I told you about a woman named Zeng JM who was poor in Spirit when we found her. She was a miracle friend, and I had an immediate love for her. Well, about a week after we met her, she told us she didn’t need God and didn’t want the Gospel. That is a heartbreaking thing to hear. We told her to call us if she ever wanted to try again.

There’s a little thing we say as missionaries that when you have to stop teaching someone it’s not because you don’t love them, you’re just leaving them in God’s hands.

Well it is through God’s hands that miracles are worked.

Fast forward to Tuesday night. Sister Concardas and I just sit down in a Seven to start calling some potentials feeling a little defeated after a long day. My phone starts ringing…the familiar characters popping up. Zeng JM proceeded to tell us about some humbling experiences and pleaded to meet with us that night.

So we biked over to the Seven we first met her at. We taught her about the Godhead and specifically focused on the Holy Ghost talking about how after baptism she could have the Holy Ghost to be with her. She told us she wanted to meet with us every day so she could feel the love of God. Haha so we have met with her every day. Every day, my love for her grows deeper.

I was a little bit afraid to invite her to baptism again because that’s part of the reason we think she ran away the first time. But after some clear promptings of the Spirit, she was invited to be baptized again, and we had a very special experience inviting her to be baptized. She has set a baptismal goal, and is working really hard to try and reach it. Outside of meeting with us missionaries, she reads and prays every day, and she came to church yesterday!

She truly is a miracle!

This week, we also had a jaw-dropping number of less actives come back to church. Four! Holy cow I was literally crying for joy! Heavenly Father has definitely been magnifying our efforts and allowing us to see miracles!

Spiritual Thought of the Week:

This week I have been studying the story of the Brother of Jared. Now, they have three challenges that they must overcome. Air in the barges, light in the barges, and how they will steer the barges. Well, the brother of Jared took all of these issues to the Lord in prayer, so let’s use these three examples to see how God answers prayers.

Air~
God straight up just told them how to fix it. The brother of Jared then had the faith to follow the Lord’s instructions.

Light~
To solve this problem, the Lord gave the brother of Jared some direction. The brother of Jared then had to think of a solution to the problem—based on the information he had—and ask for the Lord’s approval and help in carrying it out.

Steering~
The Lord said, you know what…just trust me…I’ll make sure this one works out.

I feel like what a lot of people focus on is the faith it took in order to get light in the boat, but I want to focus on the steering aspect.

So when the brother of Jared and his family was all ready to go, the entrusted themselves into the hands of the Lord. Now I personally think this can be one of the scariest things to do.

Alright, so how did God move the barges? Well it was through giant waves and winds that were great and terrible that buried them underneath the water. The brother of Jared was crying unto the Lord to bring them back upon the top of the waters. While the winds didn’t ever stop, that was the driving force that led them to the promised land.

I know that if we trust in the Lord, adversity and hardship can help us progress and attain promised blessings.

Funny Things that Happened this Week: 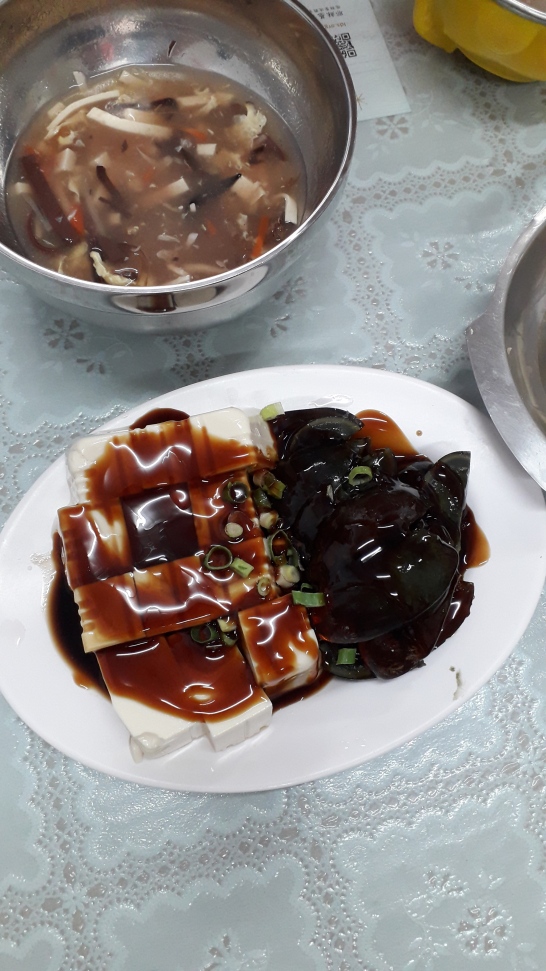 1) Last pday we went and learned how to fold dumplings Haha I am definitely far from a professional. We also went and ate the 1000 year old egg. This was my first time. And it was actually pretty good so long as you pair it with tofu, just really salty Haha. 6.4/10 would recommend.

2) We ate dinner with our Mission President, his parents, and the family that President Peterson baptized when he served here. Let’s just say that the food tasted like it was from heaven. However haha right before we were about to start eating the realized they didn’t make rice, so they go, “Haha you’re all American, we’ll just pair it with bread” and proceeded to run down the street to the bakery Haha

Wow I love being a missionary!