This is the question that people have been asking me for weeks. Because it’s been 77 degrees Fahrenheit, so I’ve still been wearing my short sleeves and crocs. So no, as of right now, I’m not able to be cold. But all of these Taiwanese are wearing double winter parkas, gloves, and scarves, so they get very concerned for my well being at every stop light and tell me I need to 穿多一點 (chuān dūo yī dîan – wear a little more). Well, then

Christmas came around and the next day it dropped to 61 degrees and the wind became so strong that we had to actually pedal to bike DOWNhill. That’s some strong wind of you ask me…haha so Guess who pulled out leggings, gloves, and a coat? It was me. Haha never did I think I was gonna get cold in Taiwan. But it happened. Shout out to smart parents who told me to pack warm clothes.

If I’ve learned one thing while I’ve been in Taiwan though, (I’ve actually learned a lot in these two months but…) it’s that nothing ever goes to plan haha

As missionaries, you spend 30 minutes at the beginning of your day planning what you’re gonna do that day to be an effective missionary. You also spend 3 hours once a week doing an in depth weekly planning session. Well let’s just say, plans almost always change. But! I know they change because they are supposed to. This is God’s work.

On Christmas Eve, we had just gotten off the bus coming back from Taibei, and we were supposed to be going to a members house for dinner. Well, when we got to our bikes that we left at the bus station, my bike had a flat tire. So we called our member and told her we were going to be late and went looking for the nearest bike shop. While we were sitting in the bike shop waiting for them to fix my bike, we started having a conversation with one of the workers. It turned into us sharing a scripture with her and committing her to pray to know if she was truly a daughter of God and to know if Heavenly Father was there. When we called her to follow up about how it went she said she wanted to learn more. Miracles!

On Friday, the Elders serving in our area called us and asked us how quickly we could

get to one of the colleges in our area. This was not in the plan, but we said 40 minutes and then bike sprinted up a hill and through the intense wind. We met them at the college and ended up having a lesson with this super cool girl from Vietnam! She basically asked us if we could keep meeting with her because she wanted to understand more about Christ, and she asked us to give her homework assignments. So we assigned her to start reading the Book of Mormon. This girl is amazing! We are so excited to keep meeting with her. Miracles!

So yeah, miracles are real, and often times they happen when plans change Haha.

Spiritual thought of the week comes from Jacob 5. This is the allegory of the olive trees. And one of the lines that it repeats a few times is, “It grieveth me that I should lose this tree”. Now we are all symbolic of the tree–each one of our lives is this tree. Christ is the one talking in this instance. Christ is so sad when He loses one of us because we choose to turn away. He has done all He can for us. Don’t turn away from Him. Turn to Him. Find the hope and the strength and the saving that comes through Him. He truly is amazing.

1. We had dinner at a members house, and they had ordered Domino’s pizza for us. The first one they opened was vegetarian. Okay. The second was Hawaiian. (Pineapple should not be on pizza…but for now it’s acceptable). The third was what I think they would call seafood. It had corn and seaweed and shrimp on it! Now if your brain works in Disney quotes like mine sometimes does, it will immediately think of the scene from “Inside and Out” where the anger emotion insults San Francisco pizza because they put broccoli on it…”congratulations San Francisco, you’ve officially ruined pizza” hahaha you could say that I was feeling about the same way.

2. The Taiwanese people don’t believe in measuring cups. We wanted to make cookies with our ward for Christmas. So after church on Sunday, we started our concoction with a mixing bowl that was definitely too small and guessing how much of each ingredient we were putting in Haha but they actually turned out amazing! Fun fact though, the Taiwanese would rather eat burnt cookies because they like them hard and think they taste less sweet. Don’t ask me, I can’t explain why Haha
3. Remember that big wind I was talking about? Well every time we park our bikes and leave them outside, we come back to find them blown over and on the ground. But when we were biking one night, the wind blew so hard that we literally couldn’t bike through it. And just as we were about to stop the wind caught my companions helmet and ripped off the top part. So the plastic covering part that was on the helmet is no longer! She described it as looking like a naked mole rat. I will try to send the video because it makes me laugh so hard. We laughed about it for a few hours straight haha

I hope you have a great week and a Happy New Year! 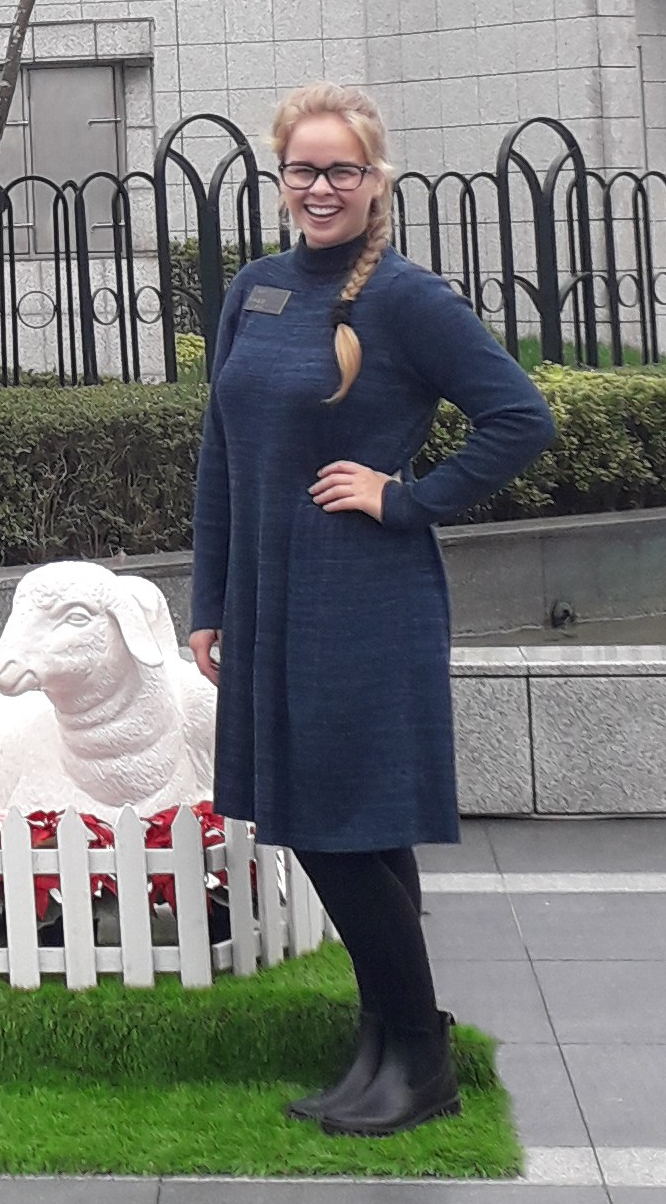